Check out my 'grades'!  My work is rated 'FRESH' by critics on Rotten Tomatoes, hit the Top 10 of most viewed on Netflix, and scored an 'A' with audiences on CinemaScore (the same score as blockbuster movies Avatar, Infinity War & Jurassic Park!)

As a Screenwriter for Hire, I'm brought in at all levels of the development, pre-production and production process.  Most often, I am hired at square one to develop, plan and write a new screenplay from a basic idea, concept, story, synopsis, or rough outline.

Sometimes this can entail working with an existing draft of a screenplay that requires rewriting, polishing, or editing.  Either way, I bring creativity and craft to the table, to deliver an impressive, industry-ready, professional script that's firing on all cylinders.

Typically, when I'm hired to write the first draft of a script, I will actually proof, edit and polish prior to submitting, so you receive a script that is closer to the level of a second or third draft.  So, when I'm involved, you can expect a script that is above par and well-prepared for the next step of sharing with producers, development executives, directors, actors, agents, and investors.  Let's get that green light for your film or TV project!

Please see below for recent examples of my extensive experience, working on projects ranging from low-budget indies, all the way up to multi-million dollar productions:

What happens when you sit down for a pitch meeting with one of the world's biggest comedy stars / producers - Will Ferrell (Anchorman, Old School, Zoolander, Elf, Daddy's Home) - and he loves the concept for your film, and then says he can't wait to read the screenplay, but you haven't written it yet?

Fortunately, when this actually happened, I was called in to handle a 'rush job' and develop their pitch into a fully fleshed-out plot outline for their approval, to ultimately sit down and write a polished, industry-level screenplay, prepared expediently and professionally (and humorously!), so it was ready for the next big meeting!  As a result, Will's frequent co-star, the hilarious and talented actress Kathryn Hahn (Step Brothers, Bad Moms, WandaVision) read the script - and loved it!  The project was swiftly optioned and out to directors...

For example, I was hired by a movie producer, who had signed agreements with Universal and the Marley family to use Bob Marley's famous songs and lyrics in a screenplay that was 'based on a book of a true story'.

By weaving Marley's lyrics into the narrative to reflect the mood and events happening on screen, I developed and wrote a script that captured this unique concept.  The producer was so impressed with the script that he immediately sent it out and was able to attach some serious talent, including Andy Davis, director of The Fugitive, and Woody Harrelson (No Country For Old Men, White Men Can Jump, The Hunger Games) in a lead role!

Without a doubt, it's a thrill and an honor when you hear that your favorite stars and esteemed idols are reading your work.  Take, for instance, legendary actor Jackie Chan who recently became attached to a drama screenplay that I co-wrote (with Chan in mind for the lead role when writing it).  Now, there's movie stars and then there are superstars like him - with over 200 films under his belt and even an honorary Oscar from the Academy for a lifetime of "extraordinary achievements" in the industry.

Other achievements in my own career include being hired to write a new big-budget blockbuster movie franchise for Capcom, the world-leading video game developer and publisher behind multi-million-selling titles, including Resident Evil, which was turned into the highest grossing film franchise adapted from a video game ever.

Based on Capcom's popular Street Fightergame - the #3 best-selling arcade video game ever made! - I developed this project with the producer who intends to launch an Avengers-style film franchise with many classic '80s and '90s characters from the video game series, as well as newer characters from the latest game.  And if you're familiar with the past adaptations of the video game, such as the 1994 film starring Jean Claude Van-Damme and Kylie Minogue; this new film is a total reboot and the start of a new franchise.

And this is just a handful of my recent highlights... I've also co-written a horror that has attached the producer of Daybreakers and Jungle (starring Daniel Radcliffe); a family adventure script, co-written after a successful pitch at DreamWorks; an animated movie that is currently in production, co-written with the director; a musical romantic-comedy with songs arranged by a Grammy-nominated producer; a college drama, which was co-written with the film's director / producer and released on Netflix worldwide; scripting for the characters of the video game franchise Borderlands; a short film that was scripted for the United Nations... and the list goes on!

Please feel free to browse around the pages on my website to read more about my produced and optioned film projects as a screenwriter, co-writer, rewriter / script doctor...  And read on below to check out highlights from my TV work:

Opportunity knocked and I was hired to write a TV pilot script for a new action-thriller drama series, starring 'Stone Cold' Steve Austin (The Expendables).  Based on a Hollywood producer's single sentence logline, I developed and wrote a fleshed-out outline - which was sent to the TV execs at Viacom, the world's sixth largest broadcasting and cable company, and they gave us the greenlight - then I wrote the script for the one-hour episode.

The first draft of this TV script was strong enough that the producer shared it at his big meeting with the decision-makers at the network!  Soon after that meeting, I was asked to write three other TV pilots for Viacom and I worked to develop and write a new TV show with a top notch showrunner - the creator of the hit series Dexter and a co-producer of The Sopranos - who was attached as the executive producer and credited as 'story by' (alongside my name) on the final draft of the pilot script.

Most recently, one of Bravo's top stars brought me onboard to prepare a treatment for a new scripted TV series - a medical drama - which is now being pitched at meetings with the network's top brass.

Planning or pitching a script?  I'm regularly hired to develop and write a pitchable version of an idea, concept or story, and to flesh out the story into a beat-by-beat script outline, sellable treatment, and narrative synopsis.

For example, I planned and co-wrote several feature film treatments and script outlines with an industry pro who has worked on big-budget mega-blockbuster movies directed by Peter Jackson, George Lucas, The Wachowskis, and Neill Blomkamp!

I helped by brainstorming and mapping out the film's key plot-points into a polished summary, to be pitched and presented to producers and investors.

And if your screenplay is already written, I can turn that into a ready-to-go pitch, outline or treatment, too!

Send me an email and let's get started on your project!

"I LOVE THE SCRIPT."
- Hollywood producer of The Whole Ten Yards and over 60 other movies! 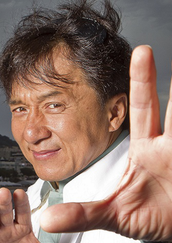 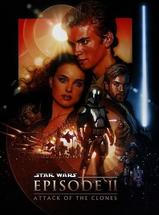 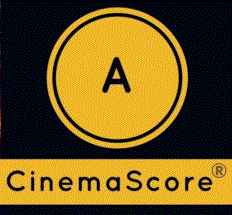 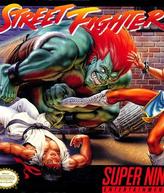 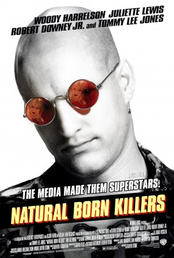 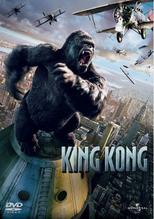 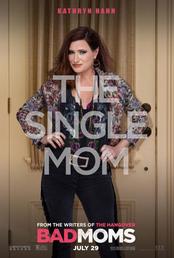 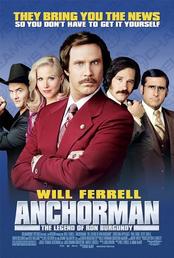 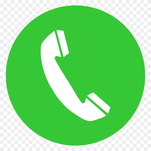 GREENLIGHT!
SCREENWRITER
FOR HIRE
CLICK HERE!
SEND AN EMAIL NOW
TO GET STARTED 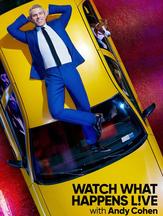 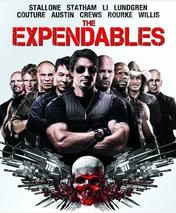 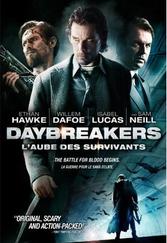 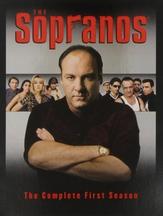 GREENLIGHT!
SCREENWRITER
FOR HIRE
CLICK HERE!
SEND AN EMAIL NOW
TO GET STARTED

How Much Does It Cost to Hire a Screenplay Writer?

My screenwriting rates are essentially an up to 90% savings on the prices set forth by the WGA.

If you're not up on the WGA side of things, basically they have a Schedule of Minimums, which is a rate-card with prices for every task that you can imagine when hiring a screenwriter, eg: writing a movie script, rewriting a TV script, polishing a screenplay, writing a movie treatment, etc.

All of my rates are lower than this WGA rate card and yet you're still working with a professional, produced film scriptwriter / TV writer!

Yes, that's how much it costs to hire me - a professional screenwriter who Hollywood hires (without paying Hollywood prices).

And you can save the $40,000 difference between the WGA minimum and the Screenwriter Dude's services for writing a feature script.  Source: WGA

If that all sounds good, please contact me to introduce yourself and get started.

For services that involve writing or rewriting, I will reply with a "works made for hire" agreement with the terms of service for your review and approval, as well as confirming the price for the service with payment options for the initial deposit.

Looking forward to working with you!

And check out the rest of my Screenwriting Services Rate Card for details of my screenwriter rate for writing treatments, rewriting scripts, screenplay consulting, creating a TV series bible, and many other services.

How to Find a Screenwriter

Your quest to find a screenwriter who is perfect to write a screenplay or TV script for your project has brought you here!  No doubt, you will want to hire a screenwriter who is a professional, with years of screenwriting experience in the film and television industry.  (That's me!)  Moreover, you will probably be interested in finding an award-winning scriptwriter with film and TV credits, who has collaborated with Hollywood movie producers, TV networks, and production companies.  (I've done that, too!)

Next, you will likely be looking at the genres that the screen writer has written in, to see if they would be a good fit: Action, Drama, Comedy, Horror, Thriller, Sci-Fi, Western, Crime, Sports, Superhero / Comic Book, Kids / Family, Faith / Spiritual, Romantic Comedy, Period / Historical, War / Military, Biopic / Biographical, True Story, Book Adaptation. You name it, I've written scripts in virtually every genre!

Perhaps you're looking for a Horror Screenwriter who has written a horror movie, or you need a pro Thriller Screenwriter to turn your idea into a pulse-pumping film script, or maybe you hope to find a co-writer for a movie script in the Sci-Fi genre?  Well, your search is over!

Or what if you need an Action Screenwriter with experience writing Western screenplays, or crafting scripts about soldiers in a real-life War / Military setting, or developing a Superhero character from a comic book or graphic novel?  Or it could be you want to hire a produced screenwriter for a Crime screenplay, or a top Sports Screenwriter who has written fictional and true sports movies, in which case - once again, you've found the screenwriter for your project!

Maybe you want to find a screenwriter who has written a Kids / Family screenplay?  Or need a Faith Screenwriter who has written and rewritten spiritual / faith-based films? Perhaps you're really interested in hiring a Romantic Comedy Screenwriter to polish a RomCom movie screenplay or TV show script?  Unless you're seeking a film writer or TV writer with Historical and Biopic experience, or an adapted screenplay specialist for a True Story or Book Adaptation?  If so, please step into my office - I'm a professional screenwriter with an extensive background in the industry.

Email me to get started on your screenplay!