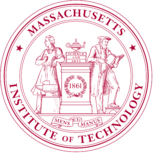 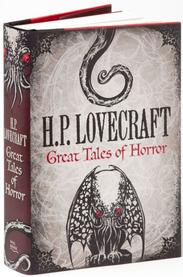 GREENLIGHT!
CLICK HERE TO BEGIN THE FIRST STEP
ORDER AN "ADAPTATION ASSESSMENT"
OF YOUR BOOK MANUSCRIPT 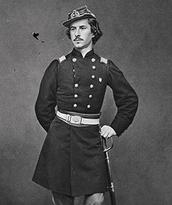 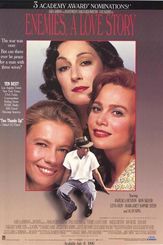 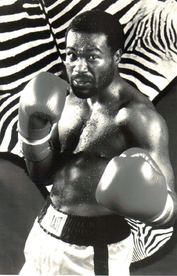 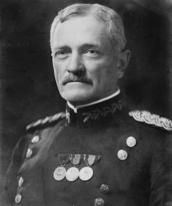 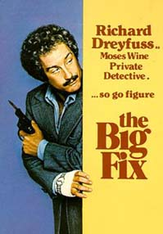 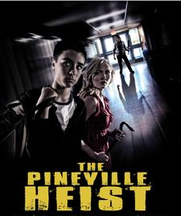 Are readers telling you that your book's plot and characters have the potential to be the next big blockbuster or hit TV series, and you want to receive a professional evaluation?

Have you optioned the rights to a novel or autobiography that you would like assessed, with suggestions for how to approach the film adaptation?

"Thanks, nice job! I really liked your ideas. They made me think more fully about what I had envisioned for a movie."
- Adaptation Assessment client and book author / candidate for U.S. Congress.

"I said that I'd love to find someone who I think is awesome, honest, funny, talented... and I definitely wanted to find someone who believed in the project... but also wasn't bullshitting for the dough. I get the vibe you're for real and will use again and again!! You are my favorite script consultant I've worked with by far. You're human, too. Usually these kinds of sites are filled with dull droid-like prats."
- Hollywood screenwriter of a big-screen book adaptation for a best-selling author, hired by his manager who sold the Harry Potter book series as well as the film rights for its successful movie franchise with Warner Bros. Pictures!

How Much Does It Cost for a Book to Script Adaptation?

My screenwriting rates are essentially an up to 90% savings on prices set forth by the WGA.

To explain, the WGA has a Schedule of Minimums, which is a rate card with prices for everything that you can imagine - from writing film and TV scripts, to polishes and rewrites, to film treatments and TV show bibles.

All of my rates are lower than this WGA rate card and yet you're still working with an award-winning, professional, produced film and TV screenwriter!

That's a $40,000 difference between the WGA and the Screenwriter Dude's services for writing a feature script.  Source: WGA

And, on a side note, if you've already ordered an 'Adaptation Assessment' (see the box above), then I would be pleased to deduct the initial $450 consulting fee from the cost of hiring the Screenwriter Dude to adapt the material and write a script for your project.

If that all sounds good with you, please send me a message to get started!

Check out my Screenwriting Services Rate Card for details on my screenwriter rates for writing movie scripts, TV scripts, script doctoring for rewrites and polishes, screenplay consulting, treatment writing, and all other services. 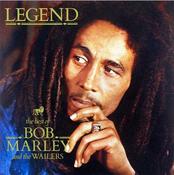 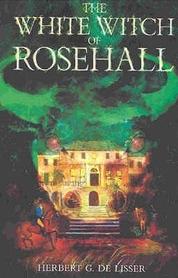 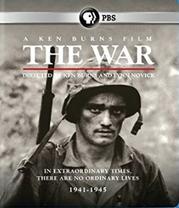 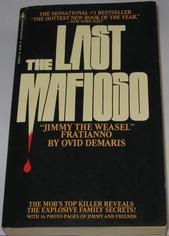 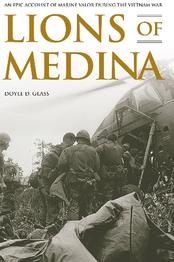 As an Adaptation Specialist, I've adapted best-selling books published by Penguin, Random House, Simon & Schuster, and independent presses; working directly with authors to turn their fictional novels and historical memoirs into top-tier screenplays for the film and TV industry.

Based on the book, based on actual events and based on a true story are familiar phrases in the credits of films and TV shows.  Which is why I've had the pleasure of writing the adaptation of a 'Based on a True Story' memoir by a Pulitzer-prize winning author; a TV series 'Based on the Life of Al Capone'; and a film that's 'Based on a Book by H.P. Lovecraft'.

I have extensive experience adapting a wide array of factual and fictional properties - even a 'Based on a Video Game' project for Capcom, one of the world's leading video game publishers.

Specializing in Adaptation as a Screenwriter for Hire, I've successfully adapted a series of best-selling novels into a new TV series and turned amazing real-life stories into industry-ready script adaptations for the screen.

​​​Please see below for further examples of Adapted Screenplay projects that I've worked on:

Over the years, I've adapted both fiction and non-fiction books into screenplays and TV scripts, which typically entails: reading the book (of course!) and consulting with the author; making creative choices to pick out the primary plot threads that will tell a compelling (filmic) story, whilst capturing the essence of the book and its characters.  As a result, the script is written as faithfully as possible to the source material, and yet also suited to the conventions and length of a movie, or the longer episodic arc of a TV series.

For instance, I worked on a Band of Brothers-style TV mini-series adaptation of the Penguin-published book Lions of Medina, which gives a first hand account from soldiers sent on a treacherous mission during the Vietnam War.

As well, I co-wrote a screenplay with a director and producer, based on the literary novel The White Witch of Rose Hall, which itself was based on the true history behind Jamaica's legendary haunted house.

In the fictional realm, I was hired by an author to adapt a magical fantasy novel for children into a feature length screenplay.  And while the novel is currently unpublished; the script is now represented by a literary manager who has produced 19 films (including three Emmy-nominated films for the Disney Channel, Showtime and CBS) as well as the acclaimed, Emmy-winning PBS documentary mini-series The War, featuring Tom Hanks.

So, I've had the honor of collaborating with many authors to adapt their stories and characters into a visual medium.  Please contact me to get started by telling me about your book!

Interested in getting the ball rolling?  I can review your book manuscript and provide my Adaptation Assessment notes - Click here to order this service and learn more about what it entails.

It's worth noting that, back in 2004, I had the opportunity to talk with Roger L Simon, the Oscar-nominated screenwriter and author of the Moses Wine series of mystery novels.  Simon's 1989 script Enemies: A Love Story (an adaptation of Nobel prize winner I.B. Singer's novel) was nominated for Best Adapted Screenplay at the Academy Awards.  Simon taught me the secret to success when adapting a book into a script is capturing the "atmosphere" as well as the story, which stays at the forefront of my mind for every adaptation project that I work on.

In addition to working on book-to-script projects, I'm actually experienced with the reverse process as well - adapting script-to-book / movie novelization.  This involves utilizing the screenplay to develop and write the story into a full-length novel that supports and compliments the overall project,

Recently, I provided editorial assistance on a script-to-book adaptation that went on to become a best-seller and subsequently the film was propelled into production due to the success of the book!  The Pineville Heist was theatrically released in 2016.

My specialty of adapting books and life stories into film and television scripts has led to being hired to write and rewrite authorized biopics - biographical films, based on real-life events and the life stories of famous (and infamous) people.

​For instance: I've written the authorized feature-length screenplay about the life of boxing hall-of-famer John 'The Beast' Mugabi, a world champion and Olympic silver medallist who fought his way out of the slums of Uganda with a streak of 26 knock-outs.  This script was written in close collaboration with John and his manager.

Additionally, I was hired by the man behind the New York Times best-selling book, The Last Mafioso, to rewrite his screenplay about the life of Jimmy 'The Weasel' Fratianno, the infamous mobster who crossed paths with the legendary Al Capone and Bugsy Siegel as he rose up through the ranks to become head of the L.A. Family, and then tore it all down as a federal witness.  The ​rewritten script (plus a query letter and synopsis that I prepared) resulted in quickly getting signed by a WGA-signatory agent!

While it wasn't a biopic about Bob Marley, I also worked on a "based on a true story" screenplay, which was authorized by the Marley family estate and Universal Music to use Bob Marley's famous songs throughout the script to correlate with specific plot-points, the atmosphere or action in a particular scene, or a character's dialogue / feelings.  The script focuses on a young boy embarking on a journey of discovery over land and sea, and simultaneously a journey of discovery of Marley's music, found on a second-hand cassette.  The incredible development and screenwriting process allowed me to weave the famous songs and lyrics of Bob Marley - from Iron Lion Zion to No Woman No Cry and Buffalo Soldier - into relevant scenes, where the lyrics reflected the emotions and meaning in that moment, as if Bob himself was 'speaking' to the boy, conveying his wisdom, and giving the strength to continue on.

As well, I've worked on many other fact-based, historical and biographical screenplays including: developing a TV series based on the life story of General John Pershing; a feature film about Abraham Lincoln and the death of his friend, Colonel Ellsworth, who was the first casualty of the Civil War; a World War 2 story about the scientists who worked in a clandestine radar lab at MIT - the script is endorsed by the past President and Chairman of MIT; a historical drama about a school boy's crush on his teacher that leads to the revelation of a nefarious plan, based on an acclaimed novelist's short story, which I adapted into an award-nominated screenplay; a 1960s-set coming-of-age tale of a young girl who finds a connection to a supernatural spirit world while living alone in the desert, which is based on her incredible life story / award-winning book; and the contemporary true story of a rogue trader who lost billions of dollars, which was based on his #1 best-selling book.

If you have the rights to a book or a life story, or some other property (eg: comic book, video game, reboot / remake of a film or TV show) or an interest in adapting a 'ripped-from-the-headlines' story or a documented historical event / biographical account into a feature film or TV script, then please send an email to thescreenwriterdude@gmail.com with further details to get started!

I also offer an Adaptation Assessment service, which is a great launching pad to get the ball rolling so I can dive into reading your book manuscript and begin sharing my thoughts directly with you.

To order now, please click the pay button below to start the process: 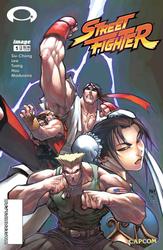