LOOKING FOR THE "START" BUTTON??
CLICK HERE TO EMAIL A PROFESSIONAL WRITER
FOR YOUR VIDEO GAME PROJECT...

Writing for the characters of such massive video game franchises as Street Fighter and Borderlands  has been a dream come true.  Let's work together to build worlds and stories for your video game!​

​The visuals of video games have evolved over the decades and they are undoubtedly more cinematic than ever - and the same is true of the storytelling that drives the creative development of these games.

So, it's no wonder that screenwriters have become an essential part of the game development team to help create enthralling and epic stories to explore with well-conceived, complex characters.

This can often involve mapping out original plots and character arcs with twists and turns that unfold over the course of a single level, or an entire game, or even spanning across multiple sequels in a franchise, or even world-building within a bigger multi-title video gaming universe.

As a result, the line between films and video games has blurred, with games developers creating licensed video games capturing life-like characters and scenes from successful movies, and many video games' stories being adapted into big screen spin-off movies, based on blockbuster video game franchises, like Assassin's Creed, Resident Evil, Street Fighter, Warcraft, Tomb Raider and many others (and, yes, that includes mobile app games like Angry Birds).

Following this trend, my extensive background as a professional screenwriter has included being hired to write a new action-adventure movie for Capcom's Street Fighter game - the third best-selling arcade game of all time, which spawned 8 Street Fighter video game titles for home video game consoles published by Nintendo, Sega, Sony Playstation, Ubisoft, Acclaim and Bandai.  The film project entailed my being entrusted to write a brand new plot, featuring dozens of the world's most recognizable video game characters, to establish a brand new Avengers-style movie franchise for the Street Fighter property.

I have also written for characters from the Borderlands video game franchise, bringing to life the world of Pandora and the misfits in Moxxi's bar.  With dialogue that's humorous, action that's raucous, and a universe that's chaotic, this was a wildly immersive adventure for myself and the amazing actors who were involved.

As well, I've written original concepts, mini-games, and story outlines set within the realm of Minecraft for a virtual real estate mogul / world developer to attract gamers to his land.

Of course, whether I'm preparing a scripted project for a high profile game like Street Fighter created by a multi-million-selling video game developer and publisher like Capcom, or I'm drafting a story outline and script for a video game that is a completely new original title for an indie game developer; I bring my experience and creativity to the table as a produced screenwriter and collaborator, skilled at working one-on-one with creators, and as a part of a bigger development team, to deliver industry-ready results every time.

I've worked on scripts in every genre imaginable, from thrilling action to bone-chilling horror, to realistic wartime battles as well as humorous, family-friendly, animated projects.  So, if you need a video game script, or a story outline for a video game, send me an email today to let me know about your project and find out more about how you can hire me as a video game writer for your design team.

I look forward to joining you to help take your game to the next level!​

Are you a video game publisher or boardgame maker and you'd like to adapt your game's concept / characters into a movie or TV script?  Click here to read more about my Adaptation Assessment service, to begin the first step of turning your IP into a film or TV series... 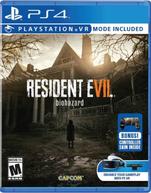 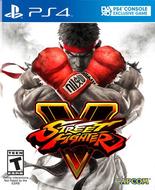