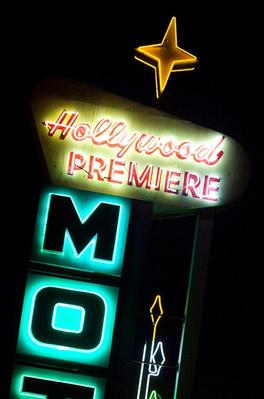 Q. Who is Screenwriter Dude?
This question is asked so often that it appears on Google as a top question when you search for Screenwriters!  It's a simple answer - just send me an email and you'll find out exactly who I am and all my credits!

Q. How do I hire you to write or rewrite a script -- is there some kind of an agreement or contract?

Yes - All of my work is conducted under a "works made for hire" agreement, which means it's like an employee-employer relationship; basically, whoever hires me is the copyright owner of all my writing/editing/creative work on the project.

Send me a message requesting a specific service from the Rate Card, and I will email an agreement for your review and approval.

Q. Can I hire you to work "uncredited" (anonymously) on my film script?

Certainly, I have worked as an uncredited ghostwriter screenwriter and a script doctor / rewriter / script consultant in the past.  The listed prices on my Rate Card are based on a credited service - eg: Co-Writer - "Based on a Story by 'You', Written by 'You' and 'Me'".  Though, if you are seeking an uncredited screenplay ghostwriter for your film or TV project, please note this means a higher price than the credited prices on my Rate Card.  Please send an email with an offer.  Typically, I would accept a rate for uncredited work that is double the Rate Card price for the same credited service.  (eg: Rewrite a Feature Script - credited Rate Card price is $3635 = $7270 for uncredited service.)

Q. What projects are you working on right now?  Do you have anything 'coming soon' in the pipeline?
Absolutely!  I have three films that are shooting at the moment, and an animated series in post-production on the latest episode, not to mention many more movie and TV projects that are in-development and pre-production.  I strive to update this website with the latest news of movie releases and successful projects, as often as possible - honestly, I prefer to be writing scripts, rather than web pages!

Q. Did you go to school, or are you self-taught?

I'm university-educated, with a degree in Film (BA Hons).  Although I would also consider myself self-taught, in the sense that much of this industry can't be learned from a book and instead it takes experience - working and collaborating with other screenwriters, producers, directors, studios and networks, and actors too,

My career began by writing my own screenplays on spec, until Hollywood started to take notice.  And, of course, I loved watching movies and TV shows from an early age, as well as scripting and making films in my backyard.  In many ways, I've been a film student my whole life!

Q. Do you recommend protecting your scripts from plagiarism or theft?

​For your peace of mind, always register your screenplays with the WGA before sharing them with the rest of the industry.  I recommend online registration of your original materials with the WGA, or the Copyright Office; it's affordable and easy. ​​

Q. How do I know YOU will really write the script?  Do you "outsource"?

When you hire me, we enter into a legal agreement between you and me - nobody else!

Apparently 'outsourcing' does happen at other (non-professional) screenwriting service websites, based on what I've been told by clients who come to me after a bad experience.

So, I am pleased to confirm that I have NEVER and will NEVER outsource any of your work.  Here at ScreenwriterDude.com you're dealing directly with me, and working one-on-one with me.  I don't 'bait and switch'.  I don't have any interns.  I don't outsource.  I write every word - every email, every outline, every script.  Guaranteed!

Read my Mission Statement to find out more about what makes this the #1 screenwriting service!

Q. Your prices are in U.S. dollars - Does that mean you only work with people who are in the U.S., or do you also take on clients from other countries?
Absolutely, I welcome clients from anywhere on Earth - my door is wide open to international collaborations!  I've worked on projects with clients from all over the world, including China, Australia, South Africa, Canada, U.K., Ireland, and almost every state in the U.S.  In the past, I've also accepted payments in Canadian dollars, British pounds, and Australian dollars.  If you'd like to pay in another currency, let me know!

Check out my Screenwriting Services Rate Card for a handy menu of all my screenwriter rates and services.

My rates save you THOUSANDS OF DOLLARS as I offer up to 90% savings on the prices in the WGA's 'Schedule of Minimums', which covers everything that you can imagine - from scriptwriting, rewriting and polishing, to writing a treatment or a TV series bible.

That's a $40,000 difference in prices between the WGA and the Screenwriter Dude's services for writing a feature script.

As an award-winning produced screenwriter, find more info on my rates and check out what services I offer here:

Q. What payment methods do you accept? How about credit cards?

Yes, I accept credit cards!  Online payments are processed via Paypal.com, including credit cards (no Paypal account is required).

Email me to receive a link to pay securely with a credit card or with Paypal funds.

Q. How much do I pay as a deposit?

Please send an email to thescreenwriterdude@gmail.com to request a service and I will send an invoice with a secure web link to pay the deposit.

If the total price is above $2000, payments can be made in quarterly installments, so 25% of the full amount is payable as a deposit.

Q. What's the difference between a rewrite vs. a polish?
A rewrite tends to involve 'broader brushstrokes' such as rewriting and adding new scenes; restructuring the Acts of the script; working on the character development throughout; in some cases, punching up comedic scenes and ramping up the drama or excitement in action sequences; and, overall, rewriting dialogue and descriptions to complete a new draft.

While a rewrite may address changes that affect the 'big picture', a polish looks at individual aspects that would benefit from improvements.  Tweaking dialogue; tidying up scenes; and elevating characters to their full potential.

I am also a Script Editor and an eagle-eyed Proof Reader if you have a script draft that's "almost" ready and needs a final edit.

Q. What genres have you written in?

​I've written scripts in ALL of the key genres in the film and TV industry, including: action, thriller, sci-fi, horror, western, crime, war, historical, faith-based, family / kids, animated / cartoon, drama, coming of age, comedy, romantic comedy, sports, reality / documentary, book to screenplay adaptation, and authorized biopic (biographical, based on a true life story), as well as many sub-genres too!  Let me know what genre you're looking for, and I'll bet it's crossed my screen...

Q. I have an awesome idea for a movie... Will the Screenwriter Dude work for free if I offer to split the profits with him?

Nope.  Sorry, I wish you well with your project, but I don't split the profits or the ownership of your idea - that always belongs 100% to you at ScreenwriterDude.com.  If you still want to pitch your idea to me and hear my honest opinion, or receive feedback on how to improve it, then I'd recommend booking a phone consultation.​