Why are you here? Why am I here?

The simple answer is - you need a script and I can help.

But what's your actual goal?  You want to make a movie or TV show.

Getting a project off the ground without a well-crafted script is like flying a plane without wings.  So, in many ways, a script is a vehicle - for your story, and for you and your career.

Because a great script, much like a great vehicle, can turn heads and really take you places.  Along with that recognition, you likely have a goal of making a return on your investment - optioning or selling a screenplay can indeed put money in your pocket, but one of the biggest rewards is seeing your story "brought to life" on the screen.

Of course, a script can also win prize money in contests and lead to further acclaim for your project and you, its author / creator.  And it can even be used to hook a top notch agent or manager, then as a sample to reel in assignments from studios.

Although primarily, we - you and I, working together - have a clear mission: to create a professional and producible script.

I am proud to offer the #1 screenwriting service for delivering an industry-ready, praise-worthy, greenlightable script.  This is what sets me apart from everyone else on the internet - the less experienced, unproduced, uncredited writers who are offering to churn out "a script" - they will slice up your story into a bunch of scenes and slap it into a formatted document and you're good to go, right?

But, really, is that what you want or need?  Or do you want more than "a script"?

Think of it this way - the notion of "a vehicle" doesn't make a lot of sense either, does it?  Not all vehicles are created equal, or built to the same level of quality or precision - not all engines are the same, some are simply more powerful, better than the rest, and the same is true of scripts.  Which is why it's imperative in this highly competitive industry that your script rises above the rest and has the best "engine", the best structure, the best dialogue, etc.

So, you need to ask yourself -

Do you want "a script" or do you want the best possible chance of making your story into a movie or TV show?

And who do you think can deliver what you want - someone who claims they can write a script, or someone who has over 20 years of experience, writing award-winning, produced, optioned scripts, and working one-on-one with the best in the industry?

While it's true that anyone can buy a copy of Final Draft or MovieMagic software, just like anyone can buy a piano; the fundamental difference is - do they know how to play it?  Not just how to tap the keys, but actually how to compose something that is original and creative, with proven experience on the big stage.

How many of the others can say they are a produced screenwriter with credits on award-winning, commercially-successful, critically-acclaimed films and TV projects, a Writers Guild-eligible member with a degree in Film, who has worked extensively in the entertainment industry in Hollywood, Atlanta, and New York, the UK and Australia, Canada and China, collaborating with Oscar-winning and Emmy-winning producers and directors?

(The answer is there's nobody who comes close - I've googled and checked for myself, but if you find another screenwriter-for-hire with comparable industry experience, I will match their price!).

And if you're excited about the projects I've worked on that I've shared on this website, there are also many that I haven't mentioned which were uncredited as a ghostwriter and script doctor too, as well as recent films and television projects that are presently in development for which I've signed NDAs and so, until they are officially announced, I can't mention those either.

Nevertheless, that's why I'm here, that's what gets me up in the morning: this mission to work on great stories and ensure they become great scripts.

So, for me, it's not about churning out "a script" when what you really need is THE script.

That's my mission - and it will be OUR mission if you choose to bring me onboard your project.

I look forward to collaborating with you - Drop me a line so that I can formally introduce myself: thescreenwriterdude@gmail.com 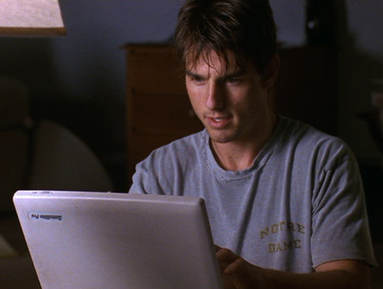