I will read a Script (max 130 pages, in PDF format) and provide written Notes for a Rewrite / Polish.

I will read a Script (max 130 pages) and provide written Notes for a Rewrite / Polish.

PLUS: 30 Minute Follow-Up Chat via Phone.

Click "Buy Now" and Email a PDF of your script to TheScreenwriterDude@gmail.com

I will send an email to confirm receipt.  Thank You!

What can a Script Consultant do for your project?

I can provide a fresh perspective, guidance and recommendations to take your script to the next level!

My award-winning scripts and films have made millions of dollars at the box office, and won over $100,000 in prize money at international competitions, receiving worldwide exposure.  My Script Consulting clients have become contest-winners, award-winners, optioned, and produced screenwriters - and I can help you, too!

As a Script Consultant, I will read your current draft and provide helpful and insightful notes for recommended improvements to the plot, characters, dialogue, style, formatting, etc., as well as my comments / feedback on the script's potential and overall entertainment value.

And while there are many consulting services that offer 'Script Coverage', they rarely provide ideas or potential fixes to overcome any issues that are identified.  In contrast, my Script Consultant notes offer creative suggestions and solutions for overcoming obstacles and improving the script, as well as highlighting the specific areas / changes / development that I would recommend focusing on to help you move forward with a successful rewrite or polish of the next draft.

And, certainly, if you'd like to hire me to implement these notes on your behalf (or another reader's notes, or script coverage, or notes from a producer), that's great too.  Check out my Script Doctor page for more details.

Recent Successes
I'm very proud of my Script Consulting success stories!  I've consulted on film and TV scripts for fellow screenwriters who have gone onto follow my recommendations to place as Winners and Finalists at major film festivals and screenplay writing competitions.

From the Austin Film Festival to the Sundance Institute, Slamdance to Worldfest, Screencraft to Cinestory, and everywhere in between; scripts that I've consulted on have won or made the finals at over 30 international contests, and the produced films have won awards at Academy Award-qualifying festivals!

For instance, recently, a feature film that I polished won First Place in Story Pros annual contest, while a feature screenplay and a TV pilot that I worked on were both rewarded with a Semi-Finalist placing at the Austin Film Festival.

Other highlights include a feature film screenplay that I worked on, which won the Silver Prize at the PAGE International Screenwriting Awards, and a TV script that I consulted on was named a Finalist in the Final Draft Big Break contest!

As well, my Script Consulting clients have sold and optioned their scripts to production companies, gained funding with grant applications that I've assisted with, and they've signed with top agents, including WME.

And yes, many of these scripts have been produced and many more are in pre-production - one that I worked on was quickly optioned by a worldwide sales and production company with over 20 years in the film industry!  Another screenplay was snapped up by a producer with an L.A. production company who showcased it at the American Film Market, while another sent out their rewritten script and got signed with a WGA-signatory agent!

If you'd like to be my next success story, then let's get started!  Click the 'Buy Now' button above to hire me as your Script Consultant or contact me now to request a custom quote.

"Thanks so much for your thoughts and ideas - it’s really opened my eyes up to a lot of things on how we could elevate the emotional aspects, which is exactly how I was hoping to feel."

- Industry Pro who has worked on big-budget blockbuster films directed by Peter Jackson, The Wachowskis, George Lucas, and Neill Blomkamp.

AWESOME job! You are the bomb! Great notes. Mulling over your ideas - all very good ones! That's why I like you... you're a damn good writer and you recognize when things are good! But even more important, you also actually HELP fix things that aren't right, instead of just telling me this or that needs fixing. You're my new mentor, Dude!"

​- Award-winning Screenwriter and UCLA screenwriting graduate who was one of the writers of an Oscar-nominated worldwide box-office hit!

Feature-length film screenplay?  TV script / teleplay?  Short film script?  Whatever the length of your script, ask me about my customized rates for a consultation to help make it the best it can be!

Whether you're a screenwriter who's looking to improve your screenplay so that it strikes the right chords and impresses decision-makers, or you're a filmmaker looking to add the finishing touches to your latest draft before sharing with cast and crew to begin the next steps of production; as a professional Script Consultant, I can help provide the clarity and guidance that you need to complete a script that's worthy of a greenlight!

Although this isn't to be confused with the various 'script reader' / 'coverage services' that can be found out there, which simply read your work and tell you what they like or dislike, then if it's a "Recommend" or "Pass" in their opinion.  While this might give you a clue as to what's going wrong and derailing your project, it doesn't put you on the right track as to how you can actually fix your script...

That's why I offer much more than opinions - As an experienced screenwriter and co-writer, and a script doctor / editor; I bring problem-solving solutions and creative ideas to the table.  For instance, if I see a plot-hole, I don't just point it out; I make suggestions that can actively overcome it and make your script better.  Or if I see a character or scene that needs further development, I begin brainstorming and filling in the blanks to suggest ways to approach it.

And, of course, all of my advice and input as a Script Consultant belongs to you.  I provide 4-5 pages of insightful and constructive notes, which you can use to rewrite or polish the next draft of your script - or, if you'd like, I can come onboard to implement the notes (the ones that I write, or any notes that you received from a producer / director / exec, or even any coverage notes that you received previously, which identify issues, but don't effectively resolve them) and ultimately finish the script with you!

As well, in the past, I have been hired as a Story Consultant on film and TV projects at early stages of developing an idea into an outline, and as a Script Consultant to provide feedback on partially-completed "work-in-progress" scripts that are still advancing towards the milestone of writing a first draft.  In these situations, I can assist with crafting and planning plot-points, character arcs, and more; not to mention ensuring that your script's plot is structured properly.

So, if you currently have a script 'in the works', or a draft that's ready for review (even if it's a rough draft, that's okay), click the "Buy Now" button below to hire me as your Script Consultant or send me an email for a customized quote based on the script length / current stage of your project's development. 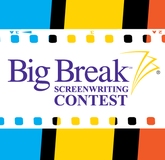 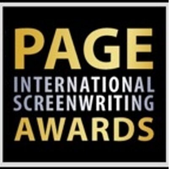