I've regularly worked with script coverage from top studio readers, network execs, and producer's notes, receiving both feedback on my own scripts and the scripts of other screenwriters.  I review and address these comments by creating solid solutions and then I polish and revise the script accordingly or, in the case of a rewrite, I complete a new draft of the script.

So, I'm well versed in making sense of reader coverage and producer notes, to rewrite the script and implement the recommended changes (or the ones that you'd like implemented if you don't agree with all of the comments).  Plus, I can offer a second (professional) opinion and provide original ideas to iron out any other creative challenges that are raised by the script reader or producer.

Let's get your script ready for a green light!  Contact me today to get started on your rewrite / polish.

I've worked on script rewrites and polishes for major projects that have involved implementing notes given by incredible and influential people, including:

* Development Exec who was the Director of Development at MARVEL STUDIOS (Iron Man, The Incredible Hulk, Punisher: War Zone);

* Directors of Predestination (Sony Pictures), Daybreakers, and Jigsaw (Lionsgate), the eighth installment of the Saw franchise;

* Head of Programming at ABC (major commercial national TV network in the U.S., and part of the Walt Disney Company);

* Prolific Producer of over 60 movies, such as The Whole Ten Yards (Warner Bros);

* Producer of the Oscar-winning films The Madness of King George and Henry V, as well as the Oscar-nominated and BAFTA-winning film The Wings of the Dove, and Confessions of a Dangerous Mind (directed by George Clooney).

* Development Exec and Producer who has worked for DreamWorks Animation (Shrek, Trolls, Kung Fu Panda) and Walden Media (The Chronicles of Narnia trilogy);

* Screenwriter of Transformers 5: The Last Knight and Black Hawk Down;

* Emmy-winning writer of The Sopranos (HBO), and Executive Producer of Dexter (Showtime).

"You've outdone yourself! The changes/alterations are working really well... It works so much better now and I can't imagine it being any other way... Thank you greatly for the time you have invested in getting it into shape - I really appreciate it."
- With a decade of filmmaking experience, this Industry Pro is credited for his work on the blockbuster movies King Kong, The Hobbit, Star Wars: Episode 2, and many more!

​"Brilliant. I really like the shape that we have given to the outline, it's really taking an excellent path forward... Great work on the rewrite!"
- Emmy award-winning Director and Producer who has worked for the BBC and Channel 7 (Australia's highest-rated television network)​.​

How Much Does It Cost to Hire a Script Doctor?

My screenwriting and script doctoring rates are comparable with an up to 90% savings on the minimum prices set forth by the WGA.

To explain, the WGA has a Schedule of Minimums, which includes prices for the top screenwriting jobs - from developing and writing a screenplay or teleplay, to rewriting and polishing a script for a film or TV series.

All of my rates are considerably lower than this WGA rate card and yet you're still working with an experienced, professional film and TV screenwriter!

That's a $20,000 difference between the WGA and the Screenwriter Dude's services for rewriting a feature script.  Source: WGA

​​If that all sounds good, then please send me a message to get the ball rolling.

For services that require writing or rewriting, I will reply with a "works made for hire" agreement with the terms of service for your review and approval, as well as confirming the price for the service with payment options for the initial deposit.

Check out my Screen Writer / Script Doctor Rate Card for details on my rates for rewrites and polishes on film and TV scripts (feature length film script, or one hour TV episode, or 30 minute TV episode), and all other services that I offer.

Hiring a Script Doctor for a Screenplay Rewrite / Polish

As a professional script doctor with over 20 years of experience tackling projects for Oscar-winning producers, Emmy-winning screenwriters, and Hollywood directors, I'm here to help your screenplay get the green light.

If you are looking to hire a script expert who has worked in the industry as a pro script consultant, screenplay doctor, screenwriting coach and screenplay mentor, then I can definitely work on your script rewrite / polish to ensure that the next draft impresses producers and agents by rewriting and polishing it to perfection!

All of my screenwriting services are available for everyone - from first-time screenwriters and independent filmmakers, to production companies, major studios and TV networks.  I come onboard to discuss changes and make suggestions to improve the script as well as incorporating notes from Hollywood producers and development executives, to rewrite and finalize the script for the next steps of financing and production.

But why would an experienced screenwriter hire a script doctor?  Well, it happens all the time!  The reason being, I'm skilled at making the changes to address any points raised in the producer notes and screenplay coverage to rewrite a script or polish a screenplay and ensure that it's industry ready for the A-list.  I can punch up dialogue, invigorate action scenes, increase the thrills, ramp up scares, maximize the drama, and much more!  All while maintaining the core essence and qualities of the original script to ensure that it's not gutted in the process of making these improvements to the story, dialogue, structure, and character development.

Perhaps you need to combine characters, cut a sub-plot, add a twist, or even take the entire script up a notch? Want to develop a love interest, rework a plotline, foreshadow a twist, make it 'elevated'?  Whatever is needed, I can deliver your next draft as a pro script doctor for hire.

Moreover, as a professional script consultant, I can advise and make suggestions for possible changes as well as ways to address any issues that are identified.  And once approved by you, I can put these notes and ideas into practice by handling the screenplay rewrite / polish.

So, if you need to find a script doctor, look no further!  I've written and rewritten screenplays as a script doctor for top award-winning screenwriters.  I also regularly work with notes from producers of blockbuster movies and hit TV shows.  And I even rewrite screenplays for directors who are signed on to direct the film.

If your screenplay needs a script doctor check-up, then let's get started! 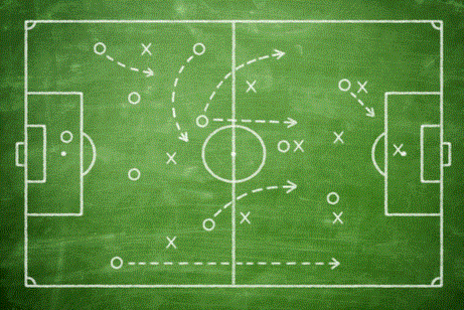 Let's work on a game-plan! I've doctored scripts that have been sold / optioned to Oscar-winning production companies and produced into multimillion dollar movies...  Bring me onboard for your next draft!

As a Screenwriter / Script Doctor / Rewriter / Editor, I've edited, rewritten and polished film and television scripts to bring them up to a professional, industry-ready level.  This includes offering my own creative development, suggestions and brainstorming to overcome potential hurdles and make changes by identifying relevant issues and then - with approval - improving / fixing these aspects of the script.

Not sure whether you need a rewrite or a polish or an edit, or something in between?  Simply email me and we'll figure out what's needed and a fair price that covers the work to deliver a production-ready movie screenplay or TV teleplay.​​