BULLET TO THE HEAD - This comic book adaptation about a hitman and a cop teaming up to take down a common foe is surprisingly good - or not so surprising if you consider that Walter Hill was at the helm (and rumored to have heavily rewritten the script with the lead actor, Sylvester Stallone, who is no slouch in the screenwriting department either).

If you've never picked up a Hill script, then you're missing a treat as well as a masterclass in 'action-stacking.'  And, as you'd expect from Hill and Stallone, the action scenes in Bullet to the Head are well written and well staged.  Even something as simple as a quick close-quarters fight inside a men's room between Stallone's aging hitman and hard-as-nails bad guy Jason Momoa is superior to anything you'd see in a typical action movie.  Not to mention their final battle - a duel with a couple of axes (that are nicely written in, with a quick and plausible explanation from a placard as to why these weapons are handily on display inside this abandoned building).  I wouldn't expect anything less when the director and the lead actor are a couple of screenwriters! 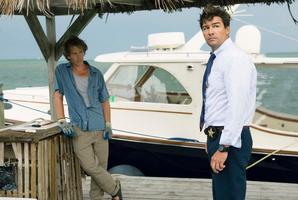 BLOODLINE - Netflix's new series uses revealing flashbacks and teasing flash-forwards to infuse a slow-burning mystery - and an omnipresent ominous sense of dread - into this drama series about a wayward son's unwelcome and unsettling return to the family fold.

It's mostly mesmerizing viewing, especially the turn of Ben Mendelsohn as the deceptive and self-destructive Danny, who is the show's sort-of villain/victim; he's constantly brooding with a dark intensity that is both magnetic and tumultuous - like a storm cloud hanging over the Rayburn clan, poised to spoil their Florida Keys "paradise".

And while Mendelsohn deserves a lot of the credit for Danny's intriguing demeanor, with his trademark cigarette hanging from his mouth (check out his similar-looking yet natural Aussie-accented performance in the Brad Pitt movie Killing Them Softly); the creators of the show have truly crafted a character who is admirably loathable in his ability to switch from subtly (and enjoyably) hostile to overtly intimidating and disturbing, just with a few choice words whispered with a quick glare and a nod.

Much like Danny himself, his threatening behavior is always open to interpretation and could easily be misunderstood - except we soon begin to see how dangerous his troublesome influence can be, as his family starts to systematically fall apart.

While it's not as feverishly addictive or binge-worthy as some of Netflix's other TV shows; Bloodline has stayed in my 'recently watched' feed - as well as sticking in the back of my mind - and I keep returning for more, watching the next episode every few days or so.  About the same length of time it takes to stop thinking about the events of the previous episode...

When I'm taking a break from writing film and TV shows, I'm watching them!  Check out what I've been watching lately and I'll be sharing my thoughts, too. 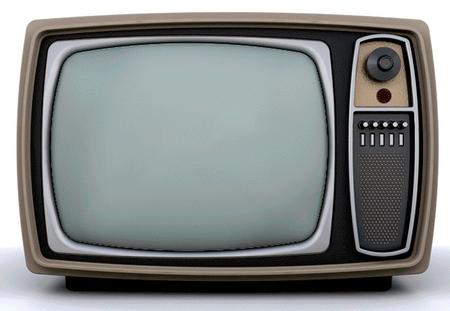