How to Find a Graphic Novel Writer

Gritty graphic novel or a classic 'superhero' comic book - I'm here to turn your vision into reality!  I've written in all genres, from entertaining fun for the whole family, to R-rated horror / thriller, western, and drama, so whatever your goals I am skilled and thrilled to develop your ideas into a comic or graphic novel that will appeal to your intended audience.

If you're seeking a graphic novelist or comic writer, I've had my words turned into art by leading artists from the biggest publishers in the world.  So, you're in the right place!  Email me to find out more about how I can help you and receive a price quote based on your budget / expected length of your comic or novel.

Did you know that I am a produced animation screenwriter?  Yes, I've written all the episodes of a cartoon series, produced by the animation team behind the Disney+ series STAR WARS: CLONE WARS, as well as FAMILY GUY, EXTREME GHOSTBUSTERS, AMERICAN DAD and GODZILLA!  I also co-wrote a feature-length family-comedy-adventure animation movie that is being produced by an Oscar-winning company!

This industry experience means I'm well versed at scripting projects for artists, producers and directors - whether its an animated movie or TV show, or an illustrated comic / graphic novel - and I can turn your concept into a professional document that tells the story and describes all of the visuals and elements to wow producers and publishers, viewers and readers.

Commission a comic book script writer for your project --

Let's get started...  Email me today to begin the first step. 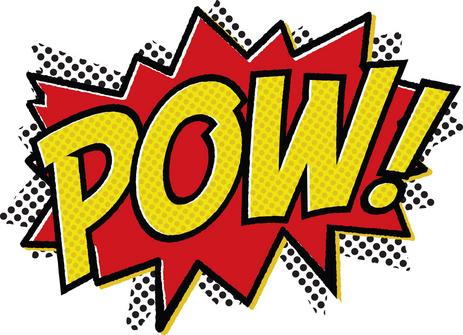 I've scripted comic books for Marvel and DC artists, had my work featured at Comic Cons and on shelves in stores, reaching an amazing audience of readers!  Now I offer my Comic Book Scripting service to you...

Do you need a professional Outline or Script for your Comic Book or Graphic Novel?  I can help plan and write all of the action, captions, and dialogue for every panel, in a fully fleshed-out document that's turn-key ready for artists and publishers in the comic industry.

Whether you're a creator, an artist, an independent publisher or simply a comic book fan with a vision, I can collaborate one-on-one with you to develop your ideas, stories and characters into an incredible, awe-inspiring, page-turning masterpiece!

If you are a comic fan, you have probably already read some of my work -- I've written best-selling comic books for a popular franchise (with an action figure toyline and cartoon series!) that have been sold in stores nationwide, drawn by legendary artists from Marvel, DC, Image Comics, Dark Horse Comics, Cracked Magazine and more!

It's been my honor to see my comic scripts brought to life by the talented pencillers and inkers who have officially illustrated our favorite heroes and villains, including Spider-Man, Doctor Strange, Wonder Woman, Venom, Carnage, Wolverine, Captain America, Batman and Superman!

If you have a new concept that needs a first issue, or an existing title that has a new or continuing story to tell, or an IP that you'd like written as a comic book or graphic novel to launch a series...  Send me an email today to get the ball rolling and let's put the "POW!" into your next comic!

Thank you for contacting Screenwriter Dude! 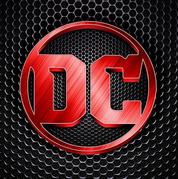