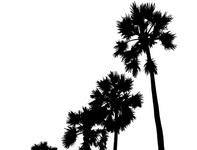 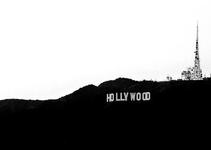 For over 20 years, I've worked in the film & TV industry as a Screenwriter, Co-Writer, GhostWriter, Script Doctor and Consultant - credited and uncredited - to create great movies and TV series with top Hollywood directors, Oscar-winning producers, Emmy-winning showrunners, major networks, movie studios, and independent filmmakers.  My next project could be yours!  Let's get started...

I can turn your idea, story or first draft into an industry-ready screenplay! ​

Why hire me?  I've scripted films that earned millions of dollars at the box office! Received overall  'Fresh' ratings on Rotten Tomatoes from leading critics, including Variety and the LA Times! And scored 'A' grades from movie-going audiences, polled by industry-leader CinemaScore!

Recent highlights from my extensive experience of writing and rewriting scripts for the most popular genres in the film & TV industry:

ACTION SCREENWRITER - I wrote a screenplay that attached the Director of THE FUGITIVE, UNDER SIEGE, CHAIN REACTION and COLLATERAL DAMAGE!  And I was also hired to write the new STREET FIGHTER reboot!

DRAMA SCREENWRITER - I co-wrote a screenplay, implementing notes and advice from the producer of the Oscar-winning films WALL STREET, JFK, PLATOON and BORN ON THE FOURTH OF JULY.  Most recently, actor JACKIE CHAN became attached to star in the lead role of a new dramatic feature film that I co-wrote!!

COMEDY SCREENWRITER - I wrote a feature comedy screenplay, which was green-lit by the Producer of STEP BROTHERS, TALLADEGA NIGHTS,THE OTHER GUYS and BOOKSMART!

HORROR SCREENWRITER - I rewrote a horror feature screenplay, implementing notes and advice from the Directors of DAYBREAKERS and JIGSAW, the sequel to SAW - one of the highest grossing horror film franchises.

THRILLER SCREENWRITER - I wrote a script that has attached the Development Exec of THE BOURNE SUPREMACY, MR & MRS SMITH and IRON MAN!

HISTORICAL SCREENWRITER - I've co-written historical period pieces and dramatic war scripts, including a WW2 epic that involved implementing notes and advice from the screenwriter of BLACK HAWK DOWN!

SCI-FI and FANTASY SCREENWRITER - I co-wrote a screenplay with an Industry Pro who previously worked on DISTRICT 9, THE HOBBIT and STAR WARS: EP. II.

FAMILY / ANIMATION SCREENWRITER - I completed a family-friendly screenplay that was written on request for a Development Exec at DreamWorks (SHREK, TROLLS). As well, I co-wrote a feature-length comedy-adventure animation movie, for viewers young and old, that is releasing soon!

FAITH SCREENWRITER - I've co-written multiple faith films for a producer of GOD'S NOT DEAD and the studio behind FIREPROOF and WAR ROOM, which were released theatrically, receiving praise from film critics, as well as faith viewers and wider audiences.

ROMANTIC COMEDY SCREENWRITER - I co-wrote a script with a writer of PRETTY WOMAN!

TV PILOT SCRIPT WRITER - I developed a new series and wrote a TV show pilot with the showrunner and creator of DEXTER, Emmy-winning writer and co-producer of THE SOPRANOS, and producer of THE SHIELD.​

REMAKE SCREENWRITER - I co-wrote the remake of an acclaimed international movie by a writer of Hollywood hit TRUE LIES!